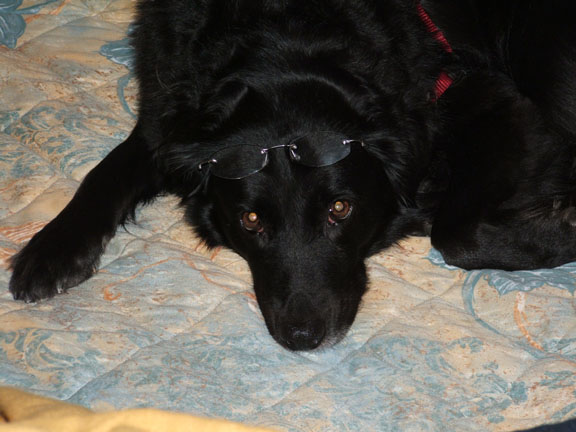 The Blessing that Was Maggie

Not even a full day since our dear, Diva Maggie crossed the Rainbow Bridge [on February 26, 2008], but already we must accept that life goes on. Shmoo must be walked, fed, cuddled. And, his presence is probably keeping us whole for now.

But Maggie was something that is so rare in life. In the dog world, we talk about that special one; that dog who comes into your life and connects with you in a way that no other has before or will again. That dog is known as your heart dog. And, for us, for me, that was Maggie in a nutshell.

From the very first time that I saw an ad in the paper mentioning her name, I knew beyond a shadow of a doubt that she was ours and would always be ours. Now, I know that those of you with a logical turn of mind will think me crazy, but I have always felt that our previous dog, the Late, Great, Taffy-Jerôme decided that it was his time to go, because he knew that Maggie was there waiting for us and we needed a push to go out to find her. He told us he was ready to go exactly a week before we found Maggie.

When we went to see Maggie that bright, southern California morning in Santa Monica, the connection was immediate and strong. Even the people from the pet rescue group were astonished. But it was clear Maggie had been waiting for us and needed us as much as we needed her.

From the instant she walked in our door, it was clear she was special. There was the look of an old, wise soul in her eyes. I could look at her and know that we were speaking with each other. It was not like looking into the eyes of just a dog, but looking into the deep pools of a cognizant, communicating being who just did not have words to explain her thoughts.

Maggie had a hard life before she came to us and our goal was to spoil her rotten. We did that to the best of our ability. Unfortunately, despite our best efforts, Maggies hardships did not end when she came to us. Three years after we adopted her she developed a Mast Cell tumor. Luckily, I had found it early and it was easily excised. But, two years later I felt something disquieting on her side. It took me a while to convince our vet that something was there; because even though she was a good vet, she did not know my girl as I knew her. Finally, it grew large enough and when it was removed our worst fears were confirmed: fibrosarcoma.

Fibrosarcoma is a bad cancer, and most dogs dont survive more than six months. Maggies tumor grew back and the second surgery was carried out at one of L.A.s premier animal clinics. The surgery was radical: removal of three ribs and a part of her diaphragm. But it was the only way to have even a hope of getting all the nasty little offshoots of the tumor. I wont even tell you how much it cost, but we took on a debt so large that we nearly ruptured our relationship with my in-laws over it, because they thought we were insane. But, what choice was there? Maggie was our girl and we had to do our best for her.

Amazingly, she not only survived but thrived. When, a few months later we made the move to France, she came through that hard, frightening experience with dignity and gentleness. The minute she arrived in Paris, she walked through CDG airport as if she had been doing it her entire life.

Once we were here in the Possum Kingdom, she opened doors and hearts for us as if she possessed some kind of magical key. And, thinking about it, I suppose she did; once again it was her special spirit and gentleness at work. She came everywhere with us and was always, unfailingly, a lady. Everyone who saw her instinctively knew that she was special and opened up.

Then, last year, those same mysterious forces which had sent us Maggie, sent us Shmoo. We have never wanted to have more than one dog at a time for a variety of reasons. But not only did Shmoo choose us, but Maggie chose Shmoo! Instead of being jealous and guarding her humans from him, she welcomed him, played with him and seemed to blossom with his presence.

Did our special girl know that soon we would be in need of the Shmoos healing qualities? Well never know; but I like to think that she felt easier in crossing the Bridge, knowing that he was here to help us through the loss. 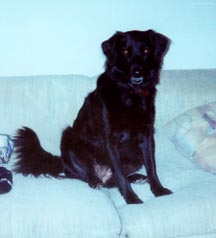 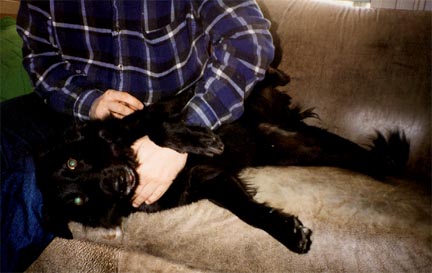 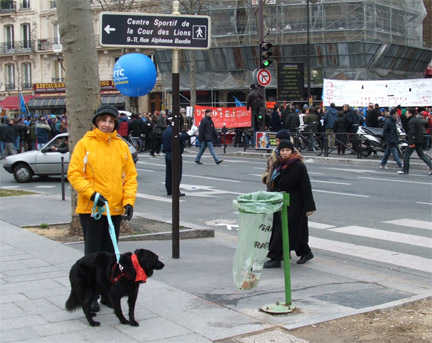 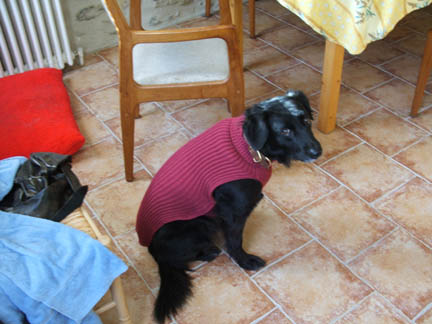 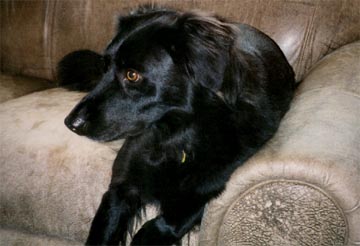 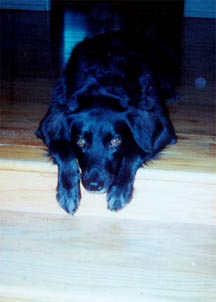 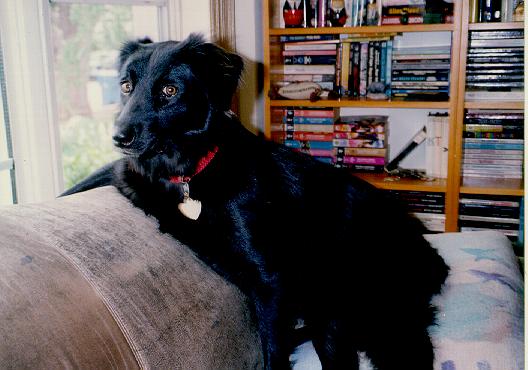 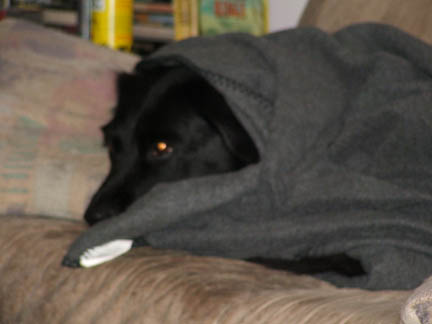 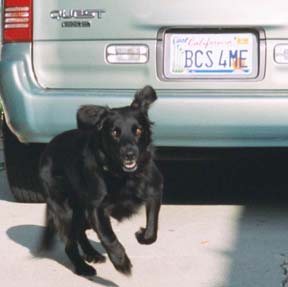 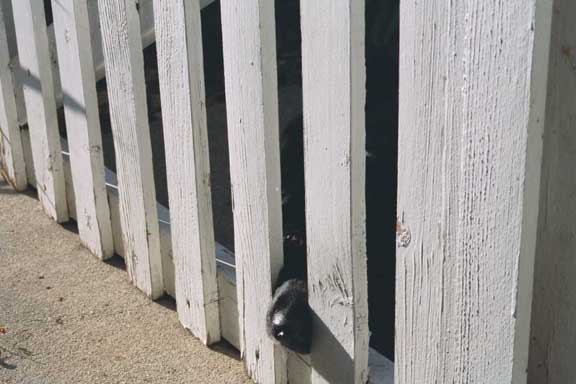 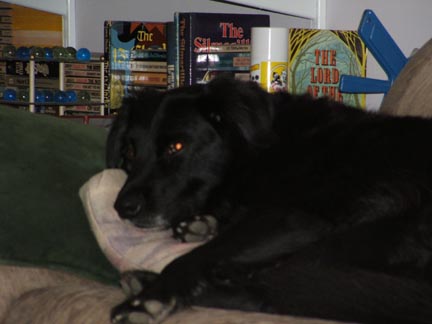 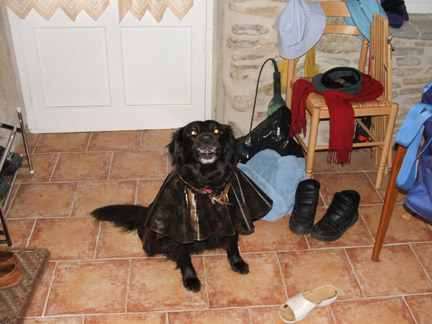 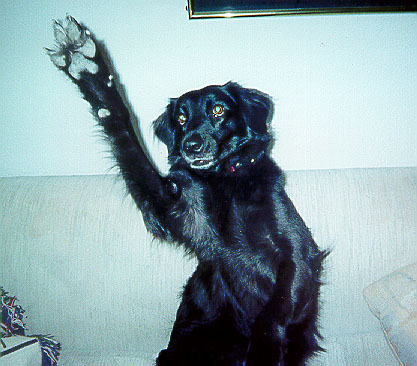 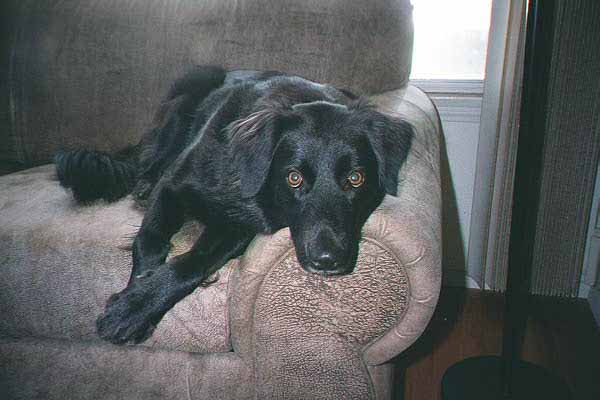 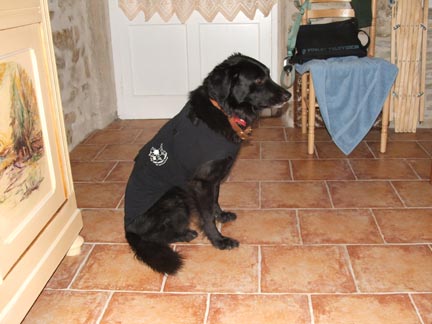 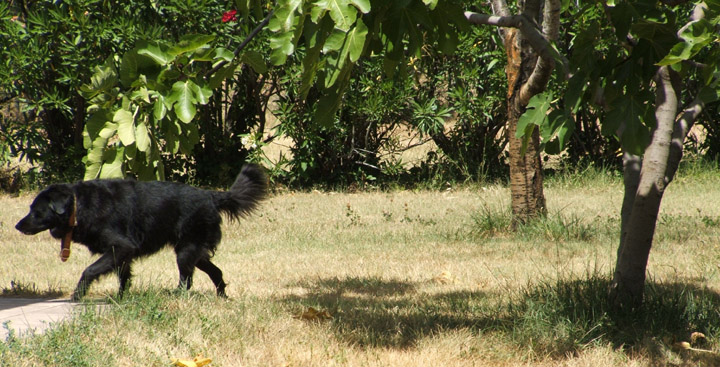 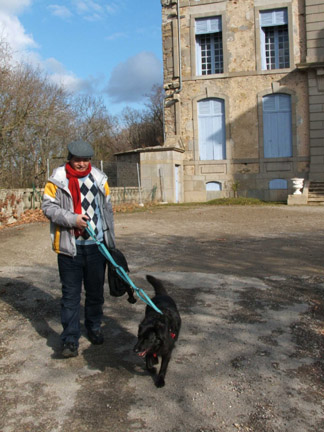 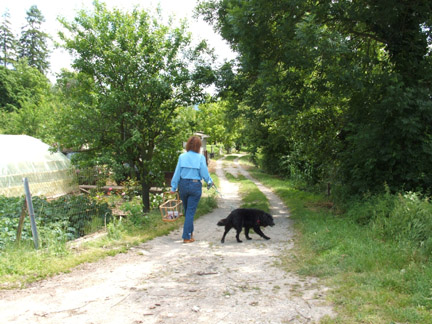 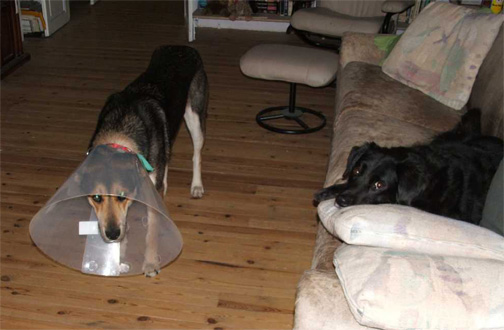 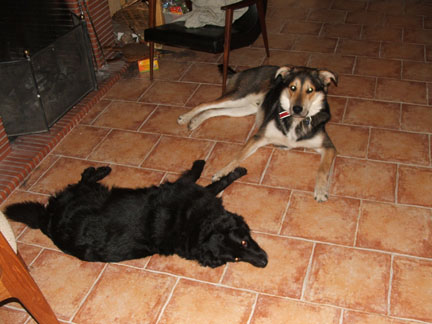 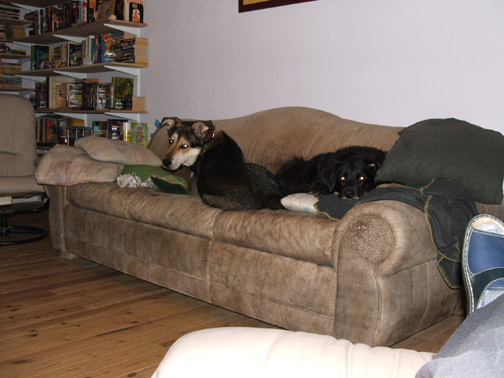 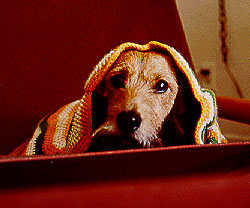